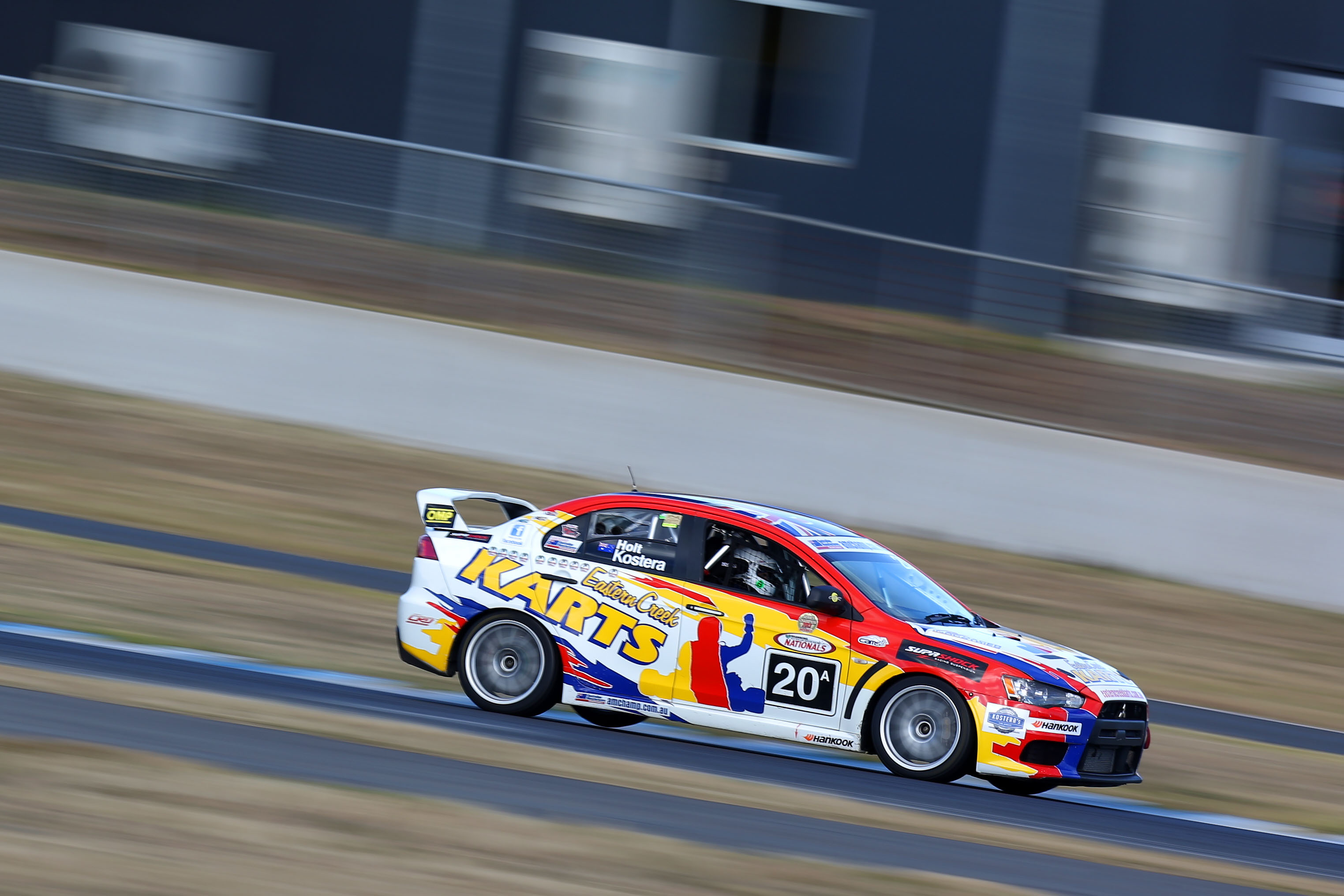 Sydney-sider Garry Holt has completed the maiden shakedown of his Eastern Creek Karts Toyota 86 Racing Series machine at the Norwell Motorplex in Queensland.

Holt has been working with Paul Morris Motorsport, Racer Industries and ATA Smash Repairs to develop the car for the new Toyota Sportscar Series that will begin at the V8 Supercars Super Sprint at Winton next weekend May 20-22.

The owner of Eastern Creek Karts in Sydney is looking to build upon his success in Production Car Racing over the last decade, which has seen his team finish no worse than second in each Championship it has entered.

In 2007 and 2010, the team swept to victory in both the Bathurst 12 Hour and Australian Production Car Championship, along with winning GTP in 2006 and 2013’s Australian Manufacturers Championship in a Mitsubishi EVO. It can rightly lay claim to being the most successful team in the ‘off the showroom floor’ style of racing in the last decade.

The new for 2016 Toyota 86 Racing Series is a completely different beast for the Sydney-based racer – who’s competed at the highest level of snow-skiing and sailing – a veteran of 14 Sydney-Hobart Yacht races.

“The Eastern Creek Karts Toyota 86 has turned out well, I’m sure it will be one of the best prepared cars in the field. It didn’t miss a beat during the shakedown session we had at the Norwell Motorplex.

“We’ve been thorough with the preparation of the car from first committing to the Series. I’ve been working with Paul Morris, Ryan McLeod and the team at Paul Morris Motorsport to make sure the Eastern Creek Karts car is as good as it can be and everything else comes back to me.”

Holt is under no illusions about the challenge that lays ahead. Whilst taking another Championship is ultimately the aim, he recognises the talent that is coming together in the Series, which has $125,000 in prizemoney riding on it.

“There are some highly rated youngsters coming into the Toyota 86 Racing Series – if I can be competitive against them and show a couple of them a few tricks now and then I’d be very happy – but I will need to be at the top of my game,” said Holt.

The six round Toyota 86 Racing Series begins at the Winton Super Sprint V8 Supercars event next weekend, May 20-22.

Television will be through the Fox Sports coverage of the V8 Supercar Supports program.